Robyn Leon: GHOH (Survivor) – Relay For Life is a family of warriors 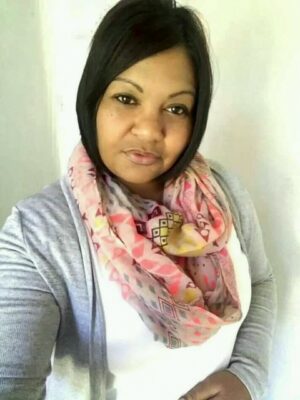 On the 20th of November 2006 my life changed. Two cysts were discovered and removed from my ovaries, and I was diagnosed with ovarian cancer. My thoughts were: “I have just turned 26 years of age”. I asked myself without thinking: “why me”? I paused and took a deep breath, tears rolling down my face. I looked at my mom, as I wiped those tears. Denial had the better of me. A nurse helped and assisted me with counselling regarding how to deal and accept the fact that I had cancer.

I was healing from one operation and going for another one: I felt endless fear. After the operation the doctor informed me that I had Stage 3 Ovarian Cancer. They removed the ovary and traces found in my lymph nodes below the breasts. Sadly, my fallopian tube had to be removed too. I accepted and realised that I had to be strong and pull through. I would not allow this to break me.

After the cancer was removed, I was scheduled for 6 months of chemotherapy. It was not a wonderful experience, but I was okay, trusting that God would guide me. In April 2008 I had another scare. They thought that the cancer was back. I just had to focus on staying healthy. I paid regular visits to the oncologist. In March 2016, I had severe pain and bleeding and yet another operation. By this time, I thought it’s bad news, yet I hoped for the best. It was another scare as the doctor discovered that my other fallopian tube was swollen. I underwent surgery in time, as it could’ve burst leading to other complications.

It encourages everyone, not only people living with cancer, but their loved ones who have lost a loved one and the warriors who won their battle and are able to share their own journeys. And saluting those warriors who lost their battle and those fighting it currently. Relay For Life is a family of warriors, we support each other like no other. We love unconditionally and every year it just gets bigger and better. CANSA Relay For Life provides the platform for reflection and guidance.