Cancer does not mean you’ve been served with a death sentence. Many people survive cancer and live happy, healthy lives while in remission. The International Relay For Life Heroes of Hope is a global initiative by the Cancer Association of South Africa (CANSA) involving a selection of heroes who have either survived or are currently fighting the battle. These heroes inspire other community members who have been touched by cancer. 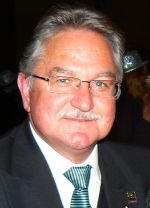 Kobus Smit is a fighter and is an advocate for Relay For Life Heroes of Hope. He lost his father, mother and eldest brother all in 1976 to three different types of cancer, but the biggest shock came when he himself was diagnosed with cancer in 2008.

Despite all of the challenges that cancer brought into Smit’s life, he became more motivated to become a dedicated volunteer for CANSA. After being diagnosed with cancer he became a spokesperson for CANSA and it made him more conscious about healthy living.

Smit is also a participant of the CANSA Relay For Life Corporate Event and walks a meaningful distance three to five mornings every week. 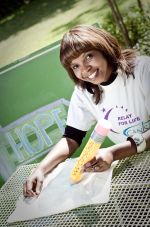 Kedibone Bonoko was diagnosed with Chorio carcinoma stage four at the age of 30. When the gynaecologist told her that she only had three weeks to live, she felt hopeless. Her biggest worry was the well being of her two sons.

Bonoko said that after divine intervention she decided to not let the disease rule her life. From that day on Bonoko has lived her life to the fullest.

“Even though I had lost 30kg and was very thin, I never felt so great about myself. I’ve never had a dull moment. I always kept a positive mind and attitude.”

She is now a CANSA Relay For Life Survivor, Chairperson of the Jeppe High School for Boys and the Relay For Life on Ice at Northgate. She is also helping with the daily tasks at the CANSA Office in Houghton.

Bokono is a testament to the fact that you can get your life back after having been diagnosed with cancer.