I Have Cancer, Cancer Doesn’t Have Me 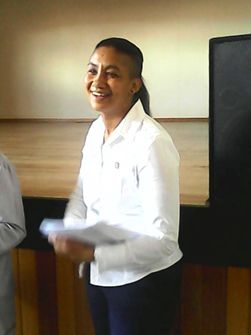 Global Hero of Hope, Anthea Lewis was diagnosed at the age of 38 with breast cancer – at that stage she was one of three who were battling cancer in her family.

Shortly after her diagnosis she became part of the CANSA Relay For Life movement in South Africa, at that stage she was still struggling to accept her own diagnosis and participated, not really knowing what to expect. It was during the Survivors Lap that she allowed herself to cry for the first time.

In the Survivors tent she met fellow Survivors who shared their stories and she felt at home, she could understand and relate to what they were saying. And this is where she started sharing her story of Hope inspiring and supporting fellow Survivors.

Cancer has given her a second chance in life, has taught her a deeper appreciation for life and not to take anything for granted.

Together with her Cancer Association of South Africa (CANSA) support team in Cape Metro, she actively participates not only in CANSA Relay For Life, but also all other fundraising activities, assisting with patient support and supporting the CANSA Tough Living with Cancer (CANSA TLC) programme for children and families with children affected by cancer.

Anthea is all about celebrating life. She lives each day to the fullest and leaves room for no regrets. She shares her story of Hope with many and inspires those around her with the words: “I have cancer, cancer doesn’t have me.”