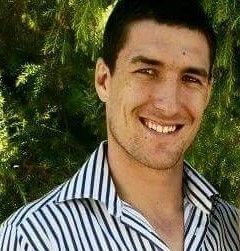 There is no better way to live my dream and to tell my story than through CANSA Relay For Life.

Global Hero of Hope, Wynand Pienaar, an avid rugby player, was diagnosed with Hodgkin’s Lymphoma in February 2016, at the age of 27.

He kept himself motivated and determined to beat the disease and continue his dream to play rugby again. After successful treatment he is now in remission and is motivated to make a remarkable return to rugby in 2017.

It was this positive mindset that motivated the 27 year old during his tough cancer battle and with the backing of his family and team mates and also the support of the CANSA Welkom Care Centre, he achieved something that surprised doctors and specialists, who weren’t always as optimistic from the outset.

Wynand Pienaar decided during his race to beat cancer that he wanted to become an ambassador for the CANSA Active programme, as he is in the sports industry and CANSA Active promotes a healthy active lifestyle for all South Africans, in order to help reduce cancer risk.

Wynand wants to inspire upcoming sports stars, by showing them that whatever comes your way, you should never give up your dream to be what you always want to be.

Wynand believes that cancer is not the beginning of the end, but that it’s the beginning of a new life, and that’s why he wants to live his life to the fullest and inspire his community, as well as the world with his story.

Wynand completed his BCom Marketing degree and hopesto complete a post-grad qualification in financial planning by the end of 2017. He currently balances his rugby, and career as a financial advisor, and has also signed up as the New Chairperson for the 2017 CANSA Relay For Life in Welkom.