Survivors welcome CANSA Relay For Life back to town.

Groblersdal (Loskop Valley) – Labelled as the come-back kid, this CANSA Relay For Life event was welcomed by over 250 participants in the region who had gone without it for the past few years. The atmosphere was ignited by the remarkable survivors’ function, which catered for 25 survivors who were treated with VIP hospitality. These survivors and caregivers joyfully received a warm welcome from the CANSA Relay For Life Groblersdal commitee.

During the Survivors’ Lap, all of them walked around the track whilst being waved at and cheered on. The Caregivers’ Lap followed and the crowd continued to cheer showing gratitude for the roles they play in the community and in the journey of all cancer survivors. 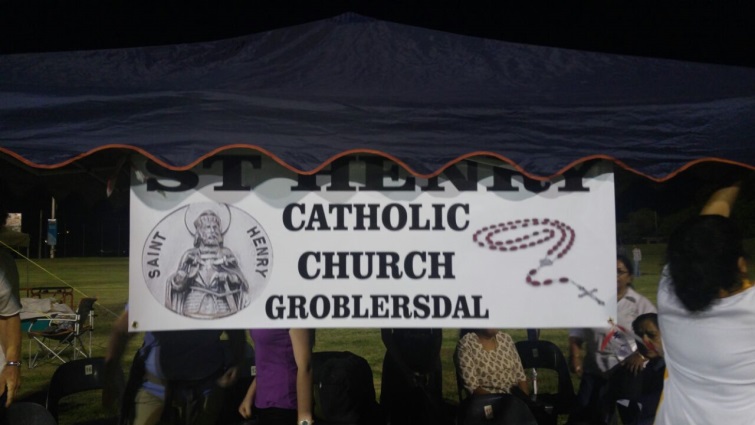 The MC took to the stage during the Luminaria Ceremony and set the overall atmosphere of showing the community’s solidarity towards those who were lost in the fight against cancer, as well as to those who are still undergoing treatment.  Participants honoured this ceremony with a moment of silence and were given time to reflect on what their own role is in the lives that have been affected.

The Fight Back Ceremony was highlighted through the mission delivery by CANSA Service Delivery staff members, who did screenings and presented information to the CANSA Relayers and taught them more about cancer and CANSA.

In the Closing Ceremony the committee, who played key roles in ensuring that the event took place were honoured. The CANSA Relayers remained until the final hour and the Final Lap left a lasting impression of unity in the fight against cancer. An impactful prayer session concluded the CANSA Relay For Life.