RIVERSDALE –   Shifting into the new venue at the Rugby Club, this year’s CANSA Relay For Life Riversdale paved a way for a safe and lively event with 55 cancer survivors attending.

With exceptional planning by the committee at this new venue, the CANSA Relayers embraced the overall impact and atmosphere that the event offered. The committee members each played a crucial role in the success of this day. The primary school’s drum majorette team displayed their creative skills kicking off the CANSA Relay For Life. Each CANSA Relayer reflected on the aim of this event as the Relay For Life Oath was read. 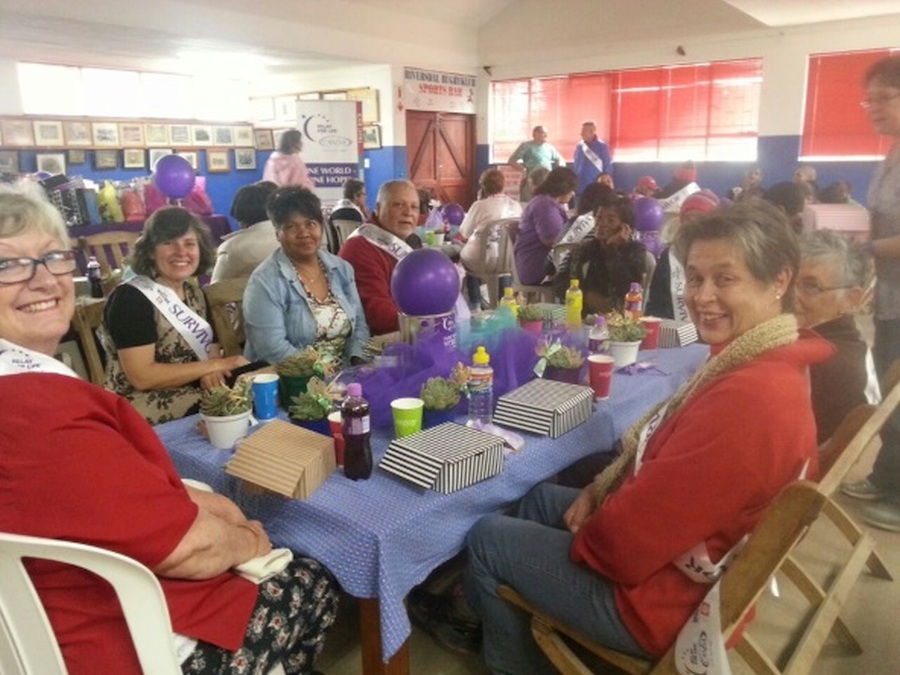 The 55 survivors gathered for their lap of honour while the song ‘Hero’ played. This was followed by the Caregivers’ Lap with the survivors acknowledging them during this very special lap. Two motorcycles led the way as they walked, while the 15 teams applauded and cheered them on. A child survivor rode around the track on a golf cart with one of the committee members. The cancer survivors and caregivers were invited to a special function, where they were treated and spoiled with a scrumptious meal, refreshments and gifts.

The Luminaria Ceremony was the highlight of the event, as the emotional CANSA Relayers formed a circle with their candle-lit bags and took the time to commemorate all of those who have lost the fight against cancer. A lone trumpeter played ‘The Last Taptoe’ in the stillness of the night. Celine Dion’s song ‘Recovering’ concluded the ceremony, which engulfed everyone for the rest of the night.

The Fight Back Ceremony caught everyone’s attention and left them with the message that with a positive attitude anything is possible.

The CANSA Relay For Life teams walked the track all night and were kept entertained with special themed laps and local artist on stage.

The commitment and enthusiasm from the committee members was heart-warming. All of the teams carried their banners with pride and wore special t-shirts made for the event. Special laps were lively and kept the CANSA Relayers engaged and awake. The local artists inspired the crowd to keep going and the CANSA Relay For Life Riversdale ended on a special high-note.

17 May 2017 | PUBLISHED UNDER: CANSA Relay For Life News, Western Cape