From Chemo To The Stage

Francois Pienaar: My story started on 25th of March 2011. As I sat in the doctor’s office, not expecting the words that he would say next, my world collapsed as he smiled compassionately and said, “You have cancer”. It took a minute or two before the reality of what the doctor had said sunk in. A sea of emotions hit me harder than I could have ever expected. I did not have any idea how to react: Sad; Angry; Cry; or Laugh. 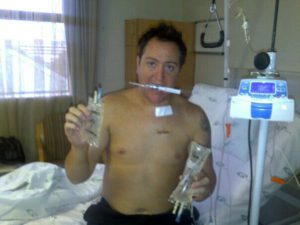 The doctor had already planned the weeks that lay ahead and explained the process, as I realised that I would have no control over my life for the next six months.

On Monday 28 March, I underwent the first of eight operations. I woke up after the operation with a different outlook on life; I did not know what that outlook was, but I knew it was different.

The months that followed were an emotional roller coaster, as I was in and out of hospital for more operations to replace chemo ports after one port had burst under my skin. I felt that this was a test to see if I could handle even more.

A good support system is crucial and with my wonderful wife by my side throughout this journey, I knew I could make it. Although many of my friends disappeared, I knew that the ones who stayed would support me no matter what. I would be so selfish some days; I could not understand how I could have so many good people in my life. 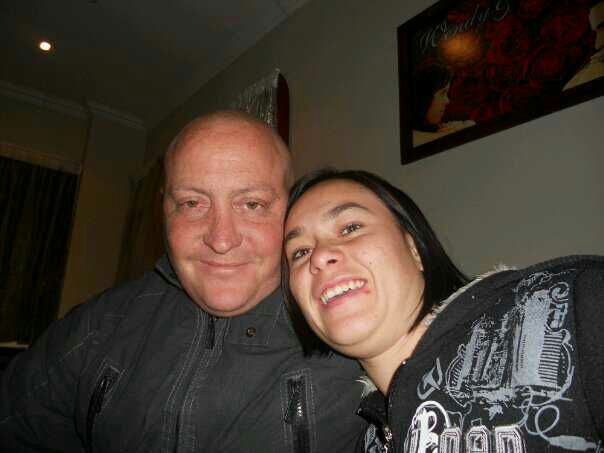 On the 16 August 2011, I saw yet another doctor. As I was sitting waiting again for another test result, in what felt like a lifetime, all of the emotions and experiences of the last six months came rushing back and I felt the whole world pressing down on me.

The doctor was smiling again, only this time because he knew the reality:

My cancer was in remission!

My life after cancer: 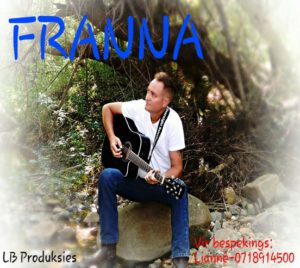 After my dance with cancer I began looking at life from a different perspective, where tomorrow does not exist, we live today. As a small boy, I loved to sing, but in the traditional perspective of life, we are groomed to get a good job and work until you die. We do not follow our dreams. As I was faced with this reality, I started living my dream of singing and performing. I performed at small venues at first and then bigger music festivals.

Then I realised that I had to give back and that is when I joined forces with the Cancer Association of South Africa and started performing at CANSA Relay For Life events across the country.

No, it does not matter who you are or what you own, tomorrow stays the same for all of us. Live life to the fullest today, as if tomorrow is only a dream.