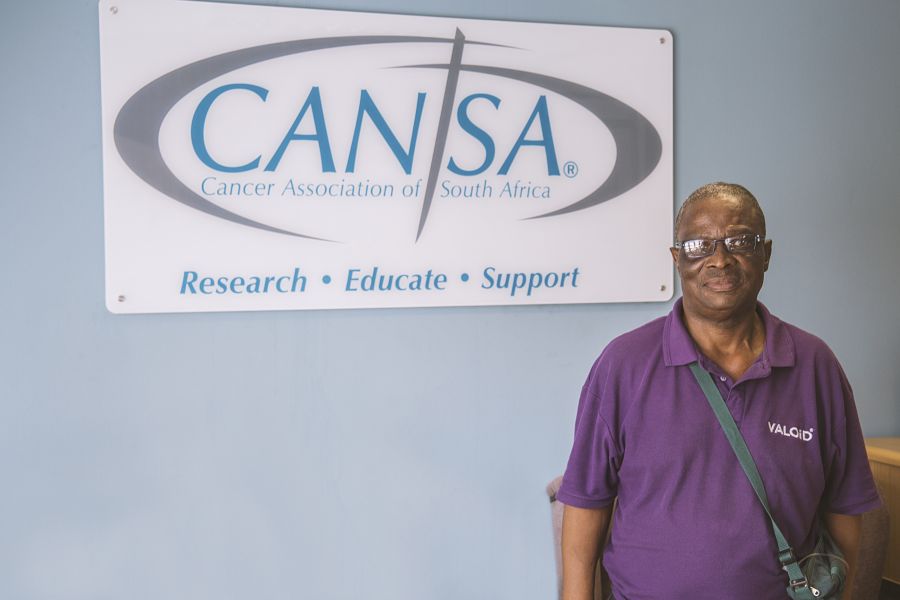 The entire country followed the horrific events that happened in Marikana in 2014. Mr. Mzonke Magqazolo was one of the mine workers who lost their jobs following the strike.

After battling with a persistent sore throat Magqalozo was told that he had throat cancer and only had a couple of months to live.

The father of two was devastated, first losing his job and then being diagnosed with a terminal illness. What seemed like a death sentence had turned into a very inspiring story for the mine worker hailing from Qumbu in the Eastern Cape.

Shocked, scared and angry at the diagnosis, Magqazolo’s voice changed and he lost a lot of weight. He had trouble swallowing because of the swollen lymph nodes. At one point, he was coughing up blood.

His primary care doctor immediately sent him to the Nelson Mandela Academic Hospital in Mthatha for treatment. Unfortunately, due to a lack of resources and treatment facilities there Magqazolo was then referred to oncology specialists in Durban to start his chemotherapy.

Mr. Magqazolo is still receiving regular treatments. Every month, for the next six months, he will travel from Qumbu to Durban for five days, to receive chemotherapy through a portable chemotherapy infusion pump. This infusion pump allows the treatment to be dispersed over multiple hours and in this way is slowly introduced into the system, making it less toxic.

Many people will see these events as life giving up on them, but Mr. Magqazolo’s fighting spirit thought of his family and children. He knew he did not have a choice but to be strong for them and for himself.

“To mentally prepare one’s self for death is extremely emotional but I found comfort at the CANSA Mkhuhla Care Home and this was truly a home away from home. They provided me with quality care in a warm and friendly environment,” said Mr. Magqazolo.

The CANSA Mkhuhla Care Home offered him support, hope and a new lease for life. Even though life will never be the same for Mr. Magqazolo as he travels with the infusion pump, he says it is better to live than not to live.

“Although initially I saw this as a curse, it was a way to show me how to start living. You must own the disease and talk about it. I am a true cancer survivor because I maintained my faith and I cannot express the gratitude for the care I received at the CANSA Mkhuhla Care Home. They never gave up on me.” Magqazolo says.

Magqazolo remains positive and refuses to let cancer impact on his everyday family life. His wife Nozikhethwa, and his two children, Lutho and Sbahle, provide him with great support in his journey with cancer.