12 August 2013 –  The Cancer Association of South Africa (CANSA) places the spotlight on managing cancer in the workplace with its Relay For Life Corporate event on 5 & 6 October 2013. The 3rd  annual corporate event, again taking place at Denel’s Irene Campus this year, not only honours cancer survivors and caregivers, it also aims to create awareness of the challenges both employees and companies experience when having to deal with the dreaded disease. 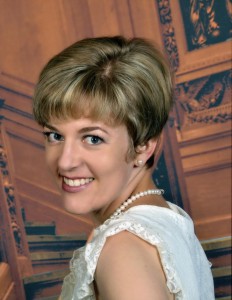 “Your life in the workplace is made easier if both you and your colleagues know as much as possible about cancer,” says Samantha Brown, who continued to work in a senior position throughout her treatment and recovery from stage two breast cancer.

“I was diagnosed in 2008, a month before I got married,” says Samantha. “I walked down the aisle after undergoing my first bout of chemotherapy.”

But this did not prepare her for the response she received from management and her colleagues. “While some were supportive, others were less sensitive,” she says.

Educate yourself and others

“I realised that for me to get through this, I had to learn as much as I could about the disease and to educate others. In this way, I could also ensure that other cancer survivors would not have the same possible negative experiences that I had.”

Some of these experiences included her condition being revealed to others without her permission; being penalised for absenteeism and exhaustion even though she had taken sick leave due to her and had arranged to work flexi-time; not being allowed to come to work without covering her head when she had lost her hair as a result of chemotherapy; and having to field intrusive questioning by her colleagues and management.

“It became clear that I was as ignorant about cancer as my colleagues were and that many of them feared the disease more than I did.  Not only did I research cancer, I also made sure I knew what my rights were in the workplace and how to get through the endless work and insurance-related red tape.”

But most importantly, says Samantha, you have to maintain a positive attitude. “I used humour when I responded to questions and often had to admit I didn’t know the answers. I also received overwhelming support and compassion from many people. Even our executive chairman checked in on me and the Group’s Financial Director stayed in regular contact with me.”

Comfort came from others through telephone calls, text messages, emails and hugs. “My humorous approach helped to put others at ease, made me feel a little more normal and opened the door for me to share, explain and teach.”

Bringing survivors and their colleagues together

Samantha knows that cancer is not going to go away but we can find ways of making the life of a survivor a lot easier at work. Together corporates and organisations such as CANSA can achieve this.

Relay For Life Corporate is a fun-filled, overnight team experience which gives a ‘face and a voice’ to cancer survivors as well as an opportunity for corporate companies and businesses to show their support by committing to fight cancer. Organised by a corporate volunteer committee, corporate team members take turns walking a track from 5pm to 6am the following morning building team spirit and networking with other companies and raising funds for CANSA.

Companies are encouraged to enter teams to participate. Early bird registrations before 31 August will cost only R2 000 a team, which can comprise 10 to 15 members, with proceeds going to CANSA. To register, go to www.cansa-corporate-relay.co.za or email corp-surv@cansa.org.za.

All funds raised at the CANSA Relay For Life is allocated to the unique integrated service provided to the public and all people affected by cancer. As a leading role-player in cancer research (more than R6 million spent annually), the scientific findings and knowledge gained from our research are used to realign our health programmes as well as strengthen our watchdog role to the greater benefit of the public. Our wide-reaching health programme comprises prevention and education campaigns; over 30 CANSA Care Centres that offer stoma support and lymphoedema management; medical equipment hire; a toll-free line and support to those affected by cancer; patient care and support in the form of 12 CANSA Care Homes in the main metropolitan areas for out-of-town cancer patients plus one hospitium based in Polokwane, as well as CANSA-TLC lodging for parents and guardians of children undergoing cancer treatment.