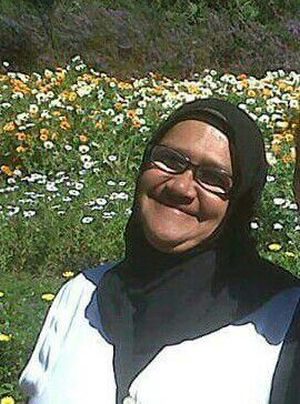 Fatiema Nazeem, a mother of two sons and two daughters, was diagnosed with breast cancer in 2013. She had a mastectomy of her left breast and also received chemotherapy.

She became a feisty cancer warrior when she found out that she was in remission and nothing was going to stop her from providing support and encouragement to other cancer patients.

In 2013, Fatiema was invited to CANSA Relay For Life Athlone where she walked her first Survivors’ Lap. After that she, her family and some friends started visiting patients at hospitals, clinics and at home. They prepared sandwiches and delivered them to the families and patients who were waiting for treatment at hospitals and clinics.  Fatiema was so grateful for being in remission and felt that she wanted to give back to others less fortunate.

Fatiema also reached out to people in need of encouragement through WhatsApp, even people whom she never even met. “I wanted to be a ray of Hope on the other side of the line. For me it is important that a survivor must know – that they are not alone.”

As the support system grew larger and larger, they registered for the annual CANSA Relay For Life Athlone as “Team Hope”.

In 2016, Fatiema found out that she had stage 4 cancer of the spine. She received four emergency radiation treatments and was told that she would never walk again. When the doctor told her about the spinal cancer she said thank you, because she now knew what she was fighting against. “The healing process began with the words “Thank you” as I could accept it immediately. I could embrace it and was able to thank the Almighty for the years that I could walk and run.” 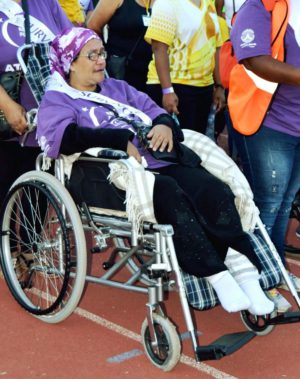 In 2016, Fatiema’s wish was to celebrate Eid at the lunch table with her family. However, CANSA Cape Metro Care Centre did not keep a specialised wheelchair that she needed, as part of their medical equipment , as it was very expensive. The CANSA Relay For Life Athlone committee started raising funds and was soon able to purchase the specialised wheelchair for Fatiema to use. This wheelchair will also bring comfort and assistance to patients registered with the CANSA Care Centre.

Fatiema was part of the opening ceremony and led the Survivors’ Lap at the CANSA Relay For Life Athlone 2017.

“I contribute my healing to the unconditional love and support that I have received from family and friends. CANSA Relay For Life has become part of that family too. There are team captains sending me messages of support and encouragement, praying for me, other survivors and committee members visiting me. This makes me even more determined to fight and not give up.”