HARRISMITH – Three years after its inception, the community members of Harrismith have embraced the CANSA Relay For Life Harrismith as a family event. 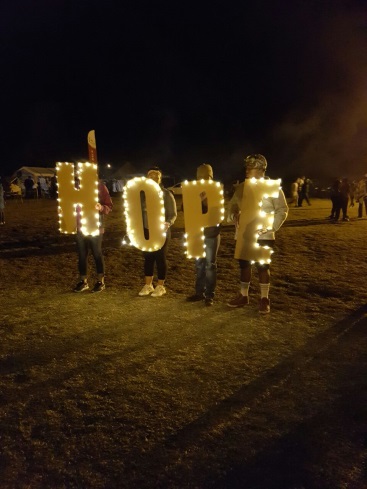 Families came in numbers to show their solidarity to those diagnosed with cancer, those who have survived, and to commemorate those they lost in the fight against cancer. The event had an overall country feel with the mood very positive and jovial.

Following a beautiful poem to kick off the event, dancers set the atmosphere of hope and a sense of respect to those who were to be honoured on the day. The 40 cancer survivors present were honoured doing the Survivors’ Lap and were applauded as they walked the track. The Caregivers’ Lap followed and the gratitude to these wonderful people could be clearly seen.

It was completely dark during the Luminaria Ceremony and had a major impact on all of the CANSA Relayers. It was a beautiful and heart-felt ceremony. The Closing Ceremony was small and intimate, leaving the all the CANSA Relay For Life team members quite emotional. The prize winners felt very special, as all the awards were handmade.

The community showed its passion through their involvement at the event. The committee members led and guided the procedures from the beginning to the end.  The local entertainment added to the value of the event as a lot of thought was given to the music offered. Doves were released as everyone made their way home after an enlightening evening of celebration and support.