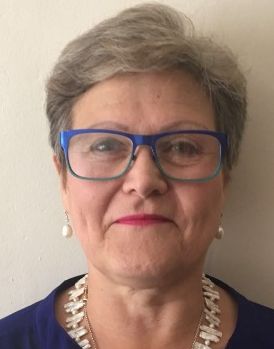 Lettie Korb: On 6 May 2016 Lettie Korb discovered a lump in her left breast, which was not there on her last mammogram a year before. Lettie, married with three children, remembers that day because it was also the day that her daughter was scheduled for a knee operation. Being the dedicated mother, Lettie kept quiet about the discovery and supported her daughter. She decided from the start to stay positive and not feel sorry for herself, as she knew that self-pity would have affected her loved ones terribly.

Following another mammogram on the 13 May 2016, the lump was removed on the same day and the histology revealed that it was cancerous. Six sessions of chemotherapy ensued during which Lettie lost her hair, but her attitude to this was that hair will grow back! Lettie also endured six weeks of radiation after this. In December 2016, with her treatment complete, Lettie celebrated her 60th birthday.

Lettie, who lives in Ladybrand, attests to the wonderful treatment she received from her doctor, Dr. Green, during the entire cancer journey. He took the time to answer all of her questions and he was there for her whenever she needed him.

Having attended a CANSA Relay For Life event once before her diagnosis, Lettie decided to attend the CANSA Relay For Life Ladybrand as a Survivor, to show her gratitude for her recovery. Lettie was also part of a team called Angela’s Angels and she walked for her dear friend Angela, who had recently lost her battle to cancer.

Unfortunately, Lettie fell and hurt her ankle during the event. But her perseverance and determination displayed her fighting spirit as she continued walking around the track, even though her ankle was very painful.

Lettie’s journey with cancer taught her that God’s grace was enough. Lettie’s message is that you should tell your loved ones that you love them, because life is precious and can be taken away so quickly.