RIETFONTEIN (KALAHARI) –   The very first CANSA Relay For Life event in Rietfontein had 350 CANSA Relayers and 12 survivors who made their mark in the community of Kalahari. 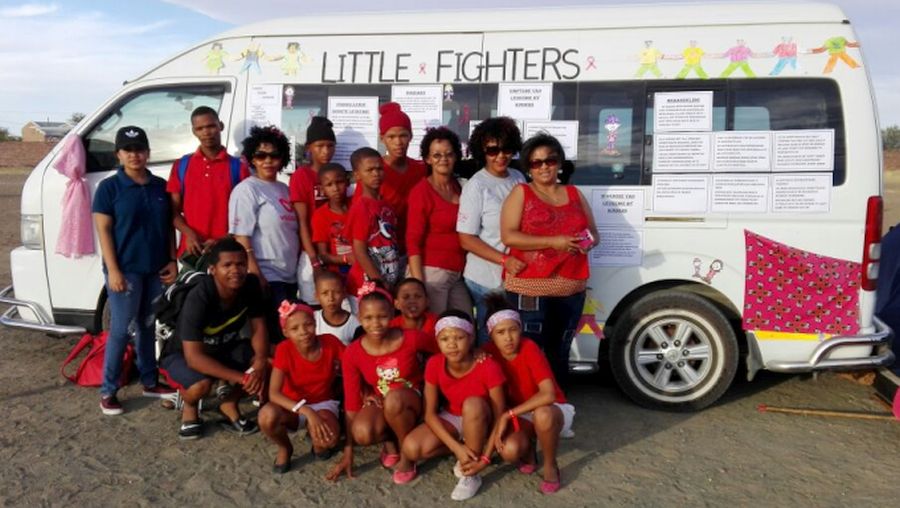 13 Teams were formed to raise awareness about cancer, to celebrate survivors and to commemorate those who have lost the fight against cancer. There was an amazing atmosphere of solidarity and the CANSA Relayers turned the tables to the traditional way of walking around the tracks, to dancing around the track be as there was very lively entertainment that catered for everyone.

With the theme: Childhood Cancer, a representative from the Department of Education attended the event and highlighted the role that children play in our communities, as well as the fact that they are an asset and should be nurtured.

The Survivors Lap was the epitome of the event, as the cancer survivors called on the stage on by one and celebrated with applause. Everyone in this small community identifies with each other and seeing the support and cheers in celebration for these survivors was heart-warming. The community’s caregivers were also introduced individually and celebrated.

The Luminaria Ceremony was an emotional, heart-warming highlight. The CANSA Relayers were invited to approach the stage, showing a slideshow of photos of every person who lost the battle in the last two years. Attendees and family members were all humbled and it was a very emotional moment.

A local cervical cancer survivor shared her story and encouraged the CANSA Relayers to remain positive and fight back no matter what the case may be. It was an event filled with more celebration and impactful ceremonies, prize givings and speeches.

17 May 2017 | PUBLISHED UNDER: CANSA Relay For Life News, Northern Cape