Home » History of Relay For Life

History of Relay For Life

One Man Can Make A Difference

In 1985, Dr Gordy Klatt decided to stop the endless pain, suffering and loss due to cancer by doing something he loved – running marathons. 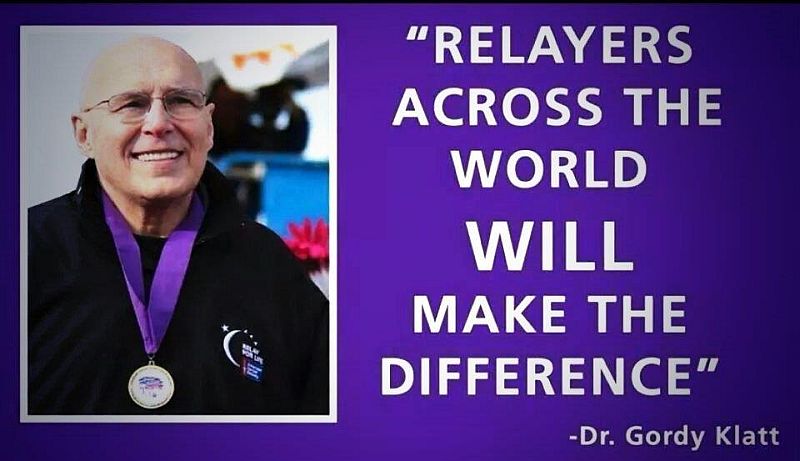 He decided to raise funds for his local American Cancer Society and ran around a track for an amazing 24 hours – a grueling feat, but symbolising what somebody fighting cancer has to endure.

He asked people he knew to support him and raised $27 000USD.

While he was running around the track, he thought about how other people could get involved. He imagined a 24 hour team relay event that would raise money for the fight against cancer.

Dr Gordy’s determination was contagious and the following year he tapped into networks of friends, family and associates to help raise funds and… Relay For Life was born.

There are 20 countries around the world celebrating the lives saved from cancer; remembering those lives lost to cancer and those fighting back everyday…

Relay For Life is the largest cancer engagement and fundraising activity in the world! 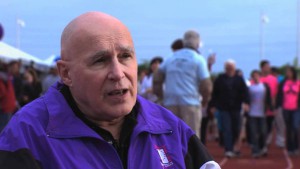 The global Relay For Life family heard the sad news of the death of Honorary Life Member Gordon Klatt, MD, founder of the American Cancer Society’s Relay For Life programme.

Gordy brought together friends and family to fight back with him, and made cancer a priority for all those who would listen. He helped shape an idea that started off as one man running and walking a track into a global phenomenon to potentially save lives throughout every corner of the world. Thanks to Gordy’s vision and tenacity, communities as far as Soweto, South Africa, and Fukushima, Japan, are walking hand-in-hand in the fight against cancer. The Relay For Life programme is greater than just a fundraiser, it’s about communities coming together to support each other and the world’s largest movement fighting cancer.

Just a few years ago Gordy was diagnosed with cancer himself and took many measures to overcome a disease he fought both personally through Relay events, and professionally through his job as a colorectal surgeon. He lost that battle on 3 August 2014 and passed away from congestive heart failure after battling stomach cancer.