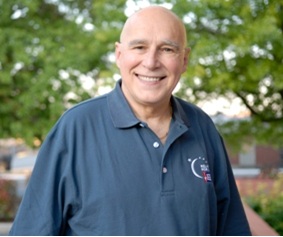 Dr Gordy Klatt, founder of the American Cancer Society Relay For Life program, says he has been diagnosed with stomach cancer. In an email to Society staff, Klatt stated:

“Throughout the years I have spoken and written about how cancer can personally affect everyone. It affects the rich, the poor, and all nationalities and cultures around the world. About 4 weeks ago I was diagnosed with stomach cancer and I have begun my battle with this disease using chemotherapy.”

Klatt is also scheduled to have surgery this summer. Despite his condition, he is tentatively planning to attend his local Relay in June.

Relay For Life started in the mid-1980s in Tacoma, Washington when Klatt, a colorectal surgeon, wanted to enhance the incomeof his local American Cancer Society. He decided to personally raise money for the fight by doing something he enjoyed – running marathons.

In the spring of 1985, Klatt spent 24 hours going around the a local track – more than 83 miles – and throughout the night, nearly 300 people paid money to run or walk at intervals with him. He raised $27,000, and the experience led to his vision of 24-hour relay teams that raise money for cancer research.

Klatt’s vision turned into an annual program which has raised more than $4.8 billion, and has been an inspiration for millions of cancer survivors, caregivers and communities across the globe.

“I am even more energized to defeat this disease worldwide. I will again be with all of you in spirit this Relay season – even more so this year. Celebrate the survivors; remember those who lost the battle and fight back! We all need to celebrate more birthdays and by relaying we keep the hope alive through education, community involvement and fundraising for ongoing research.”